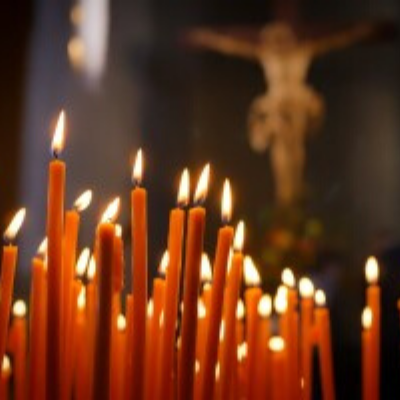 In a world where regular church attendance seems to have taken a back seat to simply not being inconvenienced, it’s important to recognize all of the good that the faithful do. That’s because some of those who go above and beyond are volunteering with organizations designed to improve lives. Among those institutions is the Promise Keepers. This Christ-center organization has affected millions of lives for the better.

Overall, Promise Keepers has been lending a helping hand to men all over since 1990. Under the vision of “Equipping the local church through the Word of God to empower their men to transform the world,” this organization has undoubtedly encouraged many to turn to the word of God in

trying times. That means young adults and grown men alike have learned what it means to lead a pure life while supporting the mission of their local pastors. Under a mission of seven promises, those who join this effort are expected to help brothers in need, practice moral purity, build strong marriages, support their local church, honor Jesus Christ and so much more. Given the popularity of national conventions that Promise Keepers holds, the success of this institution as a force of good in the world has been proven. At its most recent 2017 gathering in Jacksonville, Florida, speakers such as NFL nose tackle Roy Miller, comedian Brad Stein and pastor Miles McPherson were among those addressing the attendees.  Many men dedicate or rededicate their lives to Christ at Promise Keepers and Iron Sharpens Iron conferences.

“Founded in 1990 by Coach Bill McCartney, Promise Keepers is one of the biggest movements of God in the history of the Church.”  I was blessed to meet the coach a few years ago at PK event in Baton Rouge.

“Promise Keepers will go back to its roots established in the early ‘90s. PK will have one major event per year.  For 2020, it will be July 31 – August 1 at AT&T Stadium in Arlington, Texas, in the heart of Dallas-Ft. Worth.

The PK web site states that 2020 will be the year of our first big in-stadium event and will be a call to be men of action. We are not called to sit passively in a pew once a week. We’re called to change the world for Christ! We must be leading in our churches, assembling prayer groups, leading Bible studies and serving the poor. The event will be available for groups to simulcast. PK wants to actively engage churches all over the US and the world to make this their men’s retreat weekend – to come together to watch the event live. Imagine the unity that can occur in the church as millions of men watch the same speakers, sing the same songs and pray the same prayers together? Imagine if many of those same men go through the same deep, direct Bible study together during that fall? Jesus said that where two or more are gathered together in His name, He is there with them (Matthew 18:20). We want to have our Lord present with hundreds of thousands of small groups that are formed after the Promise Keepers event, studying His Word and crying out to Him for our nation.

Promise Keepers’ goal is to bring about revival through a global movement that calls men back to courageous, bold, leadership. PK will be the spark that calls men back to God’s Word, sharing their faith and caring for the poor and oppressed throughout the world. PK will be a platform to men’s ministries, churches and ministries by fully participating with them, promoting them and supporting them. PK is a one-time per year stadium event only. PK intends to drive all other issues to the ministries that specialize in them.”

For more information and to get tickets, visit promisekeepers.org.