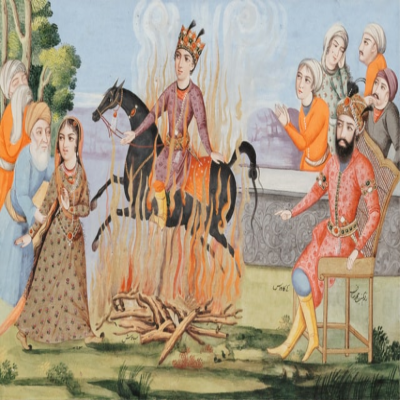 “Then Daniel returned to his house and explained the matter to his friends Hananiah, Mishael and Azariah.   He urged them to plead for mercy from the God of heaven concerning this mystery, so that he and his friends might not be executed with the rest of the wise men of Babylon” (Daniel 2:17-18 NIV).

I have long enjoyed reading the book of Daniel.  He was a young Jewish man that lived in Jerusalem and was taken into captivity by Nebuchadnezzar of Babylon.  He loyally served the king while remaining true to God.  The story of Daniel in the lion’s den from Daniel 6 is one of the better-known Sunday school stories.  I also love the story of the fiery furnace as described in Daniel 3.

There is another great story from Daniel in chapter 2.  King Nebuchadnezzar was angry because none of his astrologers were able to interpret his troubling dreams.  He then ordered the execution of all his advisers which include Daniel and his friends.  The king’s men eventually located Daniel and informed him of the king’s decree.

When Daniel heard the news, he asked Arioch, commander of the king’s bodyguard, “why the king had issued such a harsh order.  So Arioch told Daniel what had happened. Daniel went at once and obtained royal permission for more time, so that he could tell the king what the dream meant. Then Daniel went home and told his friends Hananiah, Mishael, and Azariah what had happened. He told them to pray to the God of heaven for mercy and to ask him to explain the mystery to them so that they would not be killed along with the other advisers in Babylon. Then that same night the mystery was revealed to Daniel in a vision, and he praised the God of heaven …” (Daniel 2:15-23).

Daniel was modelling for us today the correct response to what seems like an impossible situation.  First, Daniel did not panic. He learned all the facts and sought to understand the reason for the king’s request. When someone asks us to do the impossible, we need to gain a better understanding of the situation so we can appropriately respond.

The king was scared and worried.   He was panicking, irrational, and made an illogical demand.   The second thing Daniel did was to ask Arioch information so he could better understand the situation.  Proverbs 23:23 teaches us to, “Get the facts at any price.”

Daniel realized that this situation was too big for him to handle by himself.  The third thing he did was to activate his prayer warriors.  Daniel “urged them to plead for mercy from the God of heaven concerning this mystery (Daniel 2:18).”  Daniel was showing us the importance of having an existing prayer team.  It is not an issue of if a crisis will come to any of us but when will it come and how will we respond.

Daniel turned his focus away from the problem and toward God.  He asked God for supernatural help.  By focusing on God, Daniel was worshiping God.  God did what only He can do. “That night the secret was revealed to Daniel in a vision. Then Daniel praised the God of heaven” (Daniel 2:19).

Finally, but of great importance, Daniel used this situation to point others toward God and not himself.  After the king had asked Daniel if he could interpret the dream, Daniel replied, “No wise man, enchanter, magician or diviner can explain to the king the mystery he has asked about,  but there is a God in heaven who reveals mysteries” (Daniel 2:27-28).  Daniel wisely gave credit to God and turned the crisis into successful evangelism.  The king said to Daniel, “Surely your God is the God of gods and the Lord of kings and a revealer of mysteries, for you were able to reveal this mystery (Daniel 2:47).”  Thanks be to God!

Prayer: Dear God: Thank you for giving us Scripture and for using Daniel to show us how to worship you in a crisis.  When we are faced with adversity may we worship you with praise and prayers of thanksgiving for your love and grace and lift petitions in confidence for Your help that will come in the perfect form and perfect time.

This site uses Akismet to reduce spam. Learn how your comment data is processed.

PrevPreviousWhen You Walk Through The Fire, You Will Not Be Burned
NextTrust God, Not Your FeelingsNext