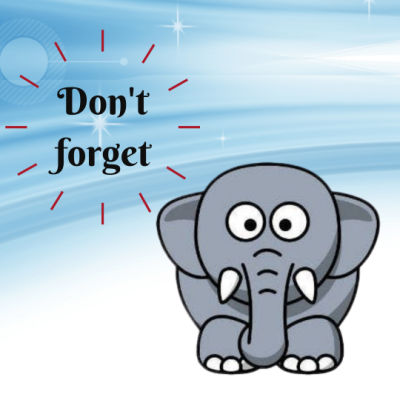 “Pardon me, my lord,” Gideon replied, “but how can I save Israel? My clan is the weakest in Manasseh, and I am the least in my family.”  The Lord answered, “I will be with you, and you will strike down all the Midianites, leaving none alive” (Judges 6:15-16 NIV).

I love the story of Gideon as told in Judges chapters 6-8.  Below are a few of the many lessons that we can learn from this Holy Scripture.

1.  You Shall Have no Other Gods but Me

The Israelites were worshipping the false god Baal, and for seven years the Israelites were under the control of the Midianites.  God spoke to His people in Judges 6:10, “I said to you, ‘I am the Lord your God; do not worship the gods of the Amorites, in whose land you live.’ But you have not listened to me.”  God is expressing His jealousy.  What He is jealous of belongs to Him; worship and service belong to Him alone, and are to be given to Him alone.  The Israelites had broken the first two of the Ten Commandments that were given two Moses in Exodus 34.

An angel of the Lord appeared to Gideon to let him know that the Lord is with him.  Gideon has his doubts that God is with him and tells the angel “the Lord has abandoned us and given us into the hand of Midian” (Judges 6:13).  Gideon also does not believe in the power of God by telling the angel, “How can I save Israel? My clan is the weakest in Manasseh, and I am the least in my family” (Judges 6:15).  Later in Judges 6 the Midianites, Amalekites and other eastern peoples joined forces and were prepared to fight the Israelites.  Gideon asks God on three separate occasions to give him a sign that He is still with him and will help Him defeat the enemy.  God obliges each time.  Gideon was experiencing the blessing described by the Psalmist in Psalm 145:8, “The Lord is gracious and compassionate, slow to anger and rich in love.”

Perhaps the most remarkable part of the story is told in Judges 7.  God told Gideon that he had too many men for battle.  God knew that if the Israelites had overwhelming numbers and defeated Midian they would claim victory by their own actions and not the Hand of God.  God told Gideon to send away anyone who trembles with fear and twenty-two thousand men left and ten thousand remained.  There were still too many men so God had Gideon to separate the men based on how they drink water – lap the water with their tongues or with cupped hands

“The Lord said to Gideon, “With the three hundred men that lapped I will save you and give the Midianites into your hands. Let all the others go home (Judges 7:7).”  The army that was left was not a special unit.  It was a group that was outnumbered 450 to 1.  We are best able to tap into God’s strength when we can acknowledge our own weakness.  The Apostle Paul knew this and stated “for when I am weak, then I am strong (2 Corinthians 12:10).  The young shepherd boy David, later to become King, defeated the giant Goliath of the Philistine army and then stated, “All those gathered here will know that it is not by sword or spear that the Lord saves; for the battle is the Lord’s, and He will give all of you into our hands (1 Samuel 17:47).”

It is our nature to claim credit for our victories and blame our defeats on others or God.  God is actively working in the lives of those that have completely given their lives over to Him and trust Him completely.  The Bible is full of such stories, and these stories continue today with clergy and laity alike.  A true relationship with God is based on faith.  Hebrews 11:1 teaches us about faith.  “Now faith is confidence in what we hope for and assurance about what we do not see.”

Prayer:  Dear God:  Thank you for the story of Gideon.  May we learn all of the lessons from this story that you intend for us to learn.  Amen.